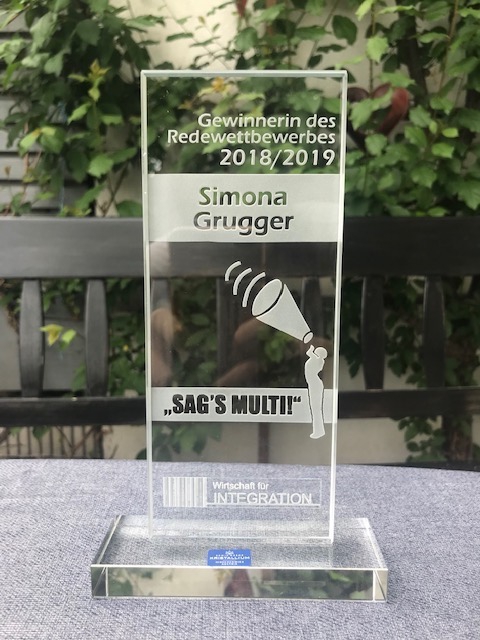 For the ten year anniversary of the bilingual speech contest Sag’s Multi, regional rounds of the competition were held in Innsbruck and Graz for the first time, enabling students from all over Austria to participate in what was originally designed to be a contest mainly targeting Viennese students. With the contestant’s respective ages ranging from eleven to twenty-one, coming from all corners of the country and speaking in over 50 languages, Sag’s Multi managed to muster up a total of 580 participants in the special anniversary round of 2018/2019.

Before being introduced to the contest by our English teacher, Professor Hietz, nobody in our class had been familiar with the concept. Yet, several interested students signed up to participate: Pia Zimmerman, Stefanie Hammer, Patrick Pieper and myself. Over the course of the following two months we were instructed to write speeches on given topics such as human rights, building bridges between cultures and the EU, alternating between German and either a studied foreign language or a second native language. Stefanie competed with a combination of German and Spanish, Patrick with a combination of German and French, while Pia and I chose German and English.

On January 30th we were finally invited to the BORG Innsbruck to hold our speeches in front of a multicultural and multilingual jury and an audience composed of students and teachers, including our classmates and Professors Knoflach and Hiez, who had come to support us. After we had all performed and listened to the remaining speeches held by fellow candidates from all over Tirol, it was announced that Stefanie and I would be representing our school at the finals in Vienna on April 2nd.

Unfortunately, Stefanie was not able to attend, leading Professor Hietz and I to travel to Vienna alone. There I held a second speech, this time talking about climate change.

Soon after, I received an invitation to attend the award ceremony which was to be held on the 2nd of May in the large ceremonial hall of the Vienna City Hall. There, the winners of the contest would be made known and then celebrated with a grand buffet as the contest came to a close.

By Simona Grugger
Class 7B 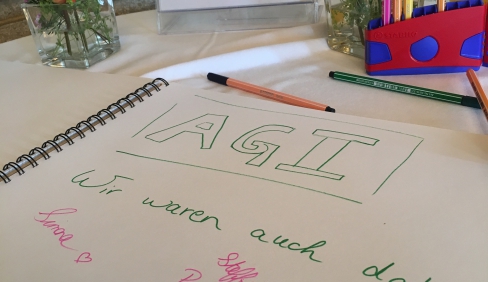 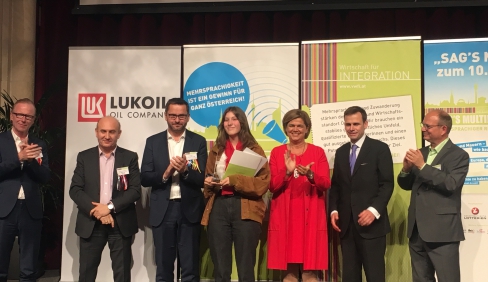 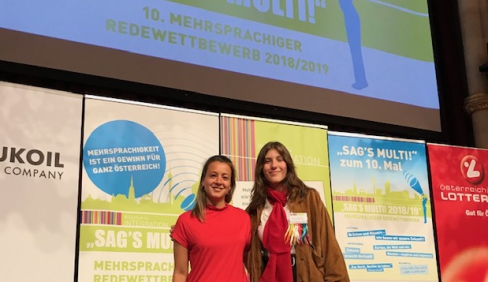